On a cold night in 1978, seven-year-old Shabnam Shahmohammad clung to her mother in a Tehran apartment while the sounds of gunshots rang out in the street: The Iranian Revolution was at hand. She and her family survived that night, but as the Islamic fundamentalists took the power over, she grew up watching her father take his beloved books away to burn, his friends be arrested and disappear, and women like her mother grow ever more marginalized. Confused by her father’s communist ideology, her mother’s conservative religious beliefs, and the regime’s oppressive rules, she developed a deep longing to live a different life.

Finding herself being married at nineteen, she naively dreamed to team up and discover an adventurous life. When she gave birth to a daughter whose future, she realized, mattered more to her than her own, she had to find a way to unlock her little girl’s possibilities. She longed to emigrate, but with Western countries’ embassies mostly absent from Tehran, options for escaping Iran were limited.

My Persian Paradox: Memories of an Iranian Girl is a tale of resilience facing oppression and dictatorship along with fighting with narrow traditional and restrictive cultural rules. This memoir is a journey of self-discovery, mother-daughter relationship obstacles, forbidden love, and the universal desire for freedom.

2 thoughts on “My Persian Paradox” 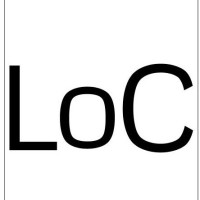 a compilation of models

Formerly known as Two Sisters Lost in a Coulee