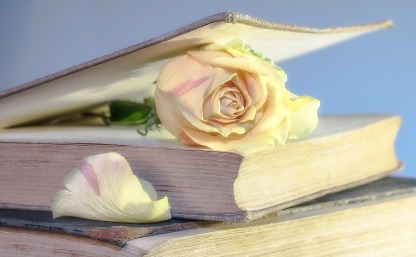 There are unlimited different paths to live. Mine was luckily influenced by many books and different schools of thought. From Marx and Marxism to Mullahs under the Islamic Republic of Iran, to America and Democracy, and to Abraham Maslow and Self-actualization, my path had a lot of zigs and zags but was entertaining. Every step had to be taken to build some part of my character. This whole path helped me finally begin to accept myself with all my flaws and strengths as a human.

When I was a little child, my big influence was my knowledgeable, depressed, short-tempered, loving, and Marxist father. Under his influence, I fell in love with books and authors who talked about freedom and human equality.  I don’t know where I would be without my beloved author “Samad Behrangi”. He was a firm believer in human equality influenced by Marxism. During my childhood, his books were the game changer in my life. I read Samad’s most popular book, “Mahi Siah e Koochooloo” that translates to “The Little Black Fish” many times. I loved how the little black fish thought of life.

The little black fish who left the little creek and her family to explore the end of the creek was. She made the decision to leave the ordinary life she, her mother and her ancestors have lived forever, to go explore the sea and find something bigger to live for. She became independent and led her life for bigger dreams.  In the end, she sacrificed her life but she was not regretful because she realized her dream of seeing the big sea. She became my role model.

I was seven years old when people came to the streets of all the cities in Iran to protest the Shah’s policies against human rights. My parents and I were there too. I was taller than everyone else since my father would carry me on his shoulders. My parents never asked for an Islamic Republic. They were asking for more human rights, for less political prisoners in jails, for freedom of speech, and for women’s rights. But long story short, Mullahs (clerics) took the state over and Iran became “The Islamic Republic of Iran”. A kind of Frankenstein that was neither Islamic nor republic since people would be arrested and/or executed if they said anything against the Mullahs’ wishes.

There were so many things we did inside the house that became illegal all of a sudden, including having mixed gender parties with women not wearing scarves, playing music, dancing, drinking alcohol, watching western movies, and conversing about ideas other than Mullahs’ ideologies. Soon, under the Mullahs’ regime, wearing a scarf outside of the house was mandated for all women and girls older than 9. We had two different parallel lives, inside the house and outside the house. Outside was gloomy and we needed to hide everything from the Government.  My life inside the house was about a dejected father losing almost all hope for democracy in Iran, still trying to secretly keep a small flame of belief in democracy and human freedom. As depressed as he was, he would still recite the poem “Life is beautiful” by the Persian poet Moshiri for me, especially when he had a shot of home-made vodka.

Life is an everlasting fire-temple

If you lighten it, you’ll see the flames dancing in every border

And if not, it will be quiet, and that will be our fault …”

Both vodka and the poem were banned under the Islamic government rules (sharia laws) during the 80s.

My father owned so many books and would share them with me to read. My life was filled with the thoughts from authors such as Jean-Paul Sartre, Ethel Lillian Voynich, Jack London, Howard Faust, Victor Hugo, Leo Tolstoy, Romain Rolland, and Maxim Gorky as well as many great Iranian authors.

The Islamic regime soon began searching houses for any atheist subject related books and would arrest the owner. I cried the day that my father placed most of his books in two big suitcases to take them to my uncle’s workshop outside of the city to burn them. I could see the pain in his face when he left the house. We managed to keep a few of them that I still own. That event made me appreciate books in my life on a deeper level. Few people had that problem in Iran. Culturally, reading books wasn’t encouraged. Maybe if it was and people were more knowledgeable, they would not let Mullahs take over their country. I believe ignorance is our biggest enemy.

Throughout those dark years under Mullahs tyranny, books became my best company. Along with a few other friends, we managed to get access to the underground book market and find illegal books (Farsi or translated to Farsi) that were published before the Islamic regime took over. During the era of the reformist Mohammad Khatami’s presidency in the 80s, the publishing industry took a little jump and more good books found their way to the market. We took advantage of every single possibility. Reading books especially helped me not to forget my dream for freedom.

The Islamic regime’s harsh structure, as well as the traditional and authoritative culture offering little for women’s freedom, made a roller coaster ride of my life in Iran during the 80s, 90s and beginning of the new millennium in Iran. I finally found my way to America in 2004. America, the land of opportunity, democracy, and freedom with countless numbers of books available to read. This was like heaven to me.